The days as an Iota Iota undergraduate were “definitely among the best years of my life,” says Allen E. “Teeto” Graham ’88, “because of the lifelong friends I made there and the kinship I enjoy with other Sigs today.”

Friendships and connections are a resounding theme when Teeto reflects on his Sigma Chi experience. Meeting fraternity members during rush, he enjoyed the social aspect and found that Iota Iota would be a great fit for him. While it is difficult for him to pinpoint only a few favorite memories, he says that pledgeship and initiation, Derby Week, Pajama Party, and attending football games stand out. “It was all my favorite! It ought to be illegal to have that much fun. And I wish I could do it all over again.”

After graduating with a bachelor of science in engineering, Teeto earned his law degree from Tulane University in 1990 and a master’s degree in admiralty and maritime law in 1991. He began practicing law in 1991 and is now managing partner of the Mobile office of the regional law firm of Phelps Dunbar, LLP. He represents and counsels clients in the construction, maritime, and insurance industries on casualty matters, finance and security issues, construction and renovation projects, and in litigation. Growing up in Pascagoula, Mississippi, and being involved in the seafood, and shipbuilding industry inspired his focus on maritime law.

Teeto’s pledge brothers and the actives who recruited him forged a bond and are still close today, including Menza Dudley ’85, Howard Einstein ’86, Jim Creamer ’88, Bill Stiers ’87, Bill Sweeney ’86, Ben Capps ’90, Steve Kittleson ’86, Will Yelldell ’86,  John Kearley ’86, Joe Fesenmeier ’86 and Cavett Fallis ’90. Staying in touch and supporting each other through all the ups and downs of life has been a priority over the years. Unfortunately, in 2016, they met up for a memorial dedicated to Brother Matt Pappas ’85, a close friend and fellow attorney. “Matt would do anything for you. He once gave me the shirt off of his back—literally. He was a keenly sharp intellect, a gregarious personality, a lightening quick wit, and an adventurous soul. Matt is and will be sorely missed.”

Visiting Tuscaloosa, supporting Alabama football, and promoting Sigma Chi to incoming freshmen are just a few ways Teeto has stayed involved with the chapter. He encourages current members to participate fully. “You will get out of it more than what you put in it.” And—again—the relationships established as young students and maintained long after graduation are the best result of fraternity membership. “Sigma Chi brothers remain some of my best, lifelong friends.”

Teeto lives in Mobile and has two children, daughter Pasley (22), a Kappa Delta at Alabama, and son Hansen (12). In addition to faithfully following the Crimson Tide, he enjoys fishing and boating. Teeto can be reached at teeto.graham@phelps.com. 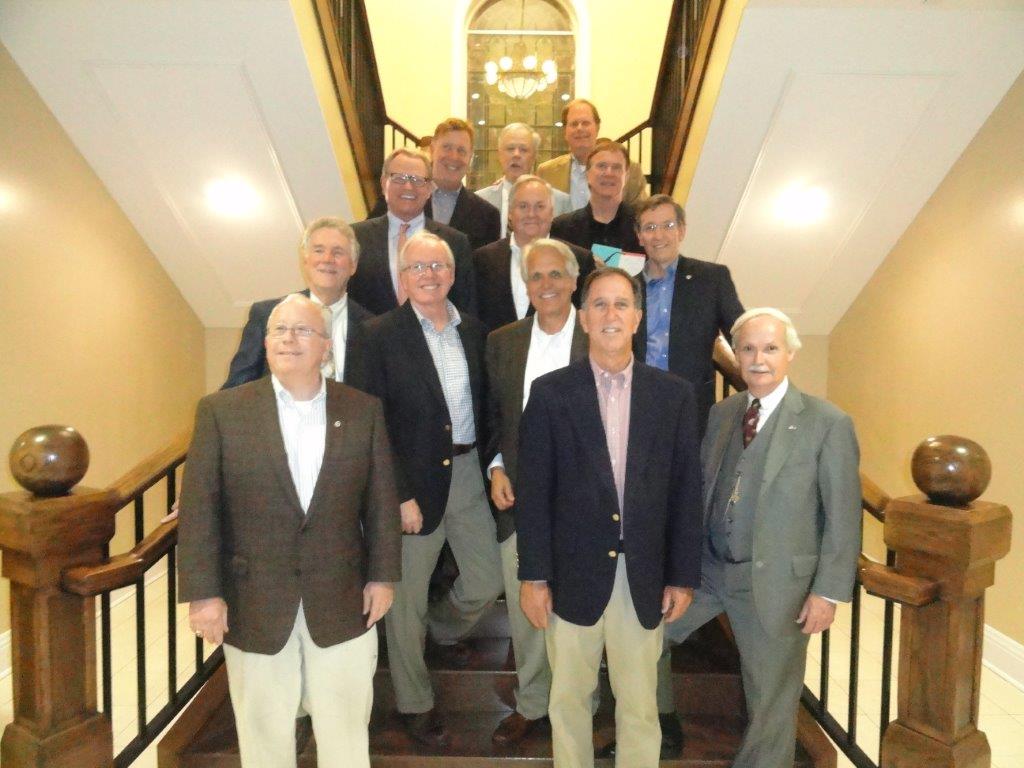 On March 24, the Iota Iota Chapter hosted a reception to honor our newest Significant Sig, Brother Jack Sammons ’77. Jack was initiated in the spring of 1974. He went on to have a sterling career in business and public service, and served many years on the Memphis City Council as chairman.

When he was an undergraduate member in Iota Iota Chapter, Jack recalls feeling inspired by those who received the Significant Sig Award and looked up to them as “superheroes.” Jack says, “When I learned that I had received this prestigious honor and would become one of the ‘superheroes’ I looked up to as an undergraduate, I felt very humbled and overwhelmed. Sigma Chi means a great deal to me and I am honored to receive such recognition.” 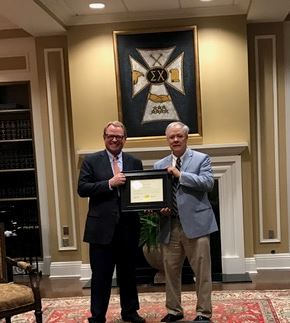 Jack served as Chairman of the Board of the Memphis International Airport Authority, one of the country’s largest and busiest passenger and cargo airports. Today, he is the General Chairman of the FedEx St. Jude Golf Classic held annually in Memphis. Jack has also owned and operated a number of businesses in a variety of areas, including manufacturing, insurance, commodities trading, and local

restaurants. His professional career has also afforded him the opportunity to travel the world. Jack is a true entrepreneur in Memphis and our chapter takes great pride in his accomplishments.
Jack, who received the nickname “Sonny” in college, tells stories better than any brother alive. He kept the brothers and alumni laughing for a half-hour, and believe me, nobody left. Jack is a wonderful representative of the chapter and fraternity. In a serious moment, Jack said when he evaluated employees, he judged them by the standard of Sigma Chi, the Jordan Standard.

A large crowd of Jack’s alumni friends came to meet and share in his honor of Significant Sig. “At the award ceremony, I had dinner with some brothers who I hadn’t seen in decades. It has been refreshing to renew my bonds with Sigma Chi and an uplifting experience to relive those lifetime friendships,” he says.

An Inside Look at the Ascik Family Legacy 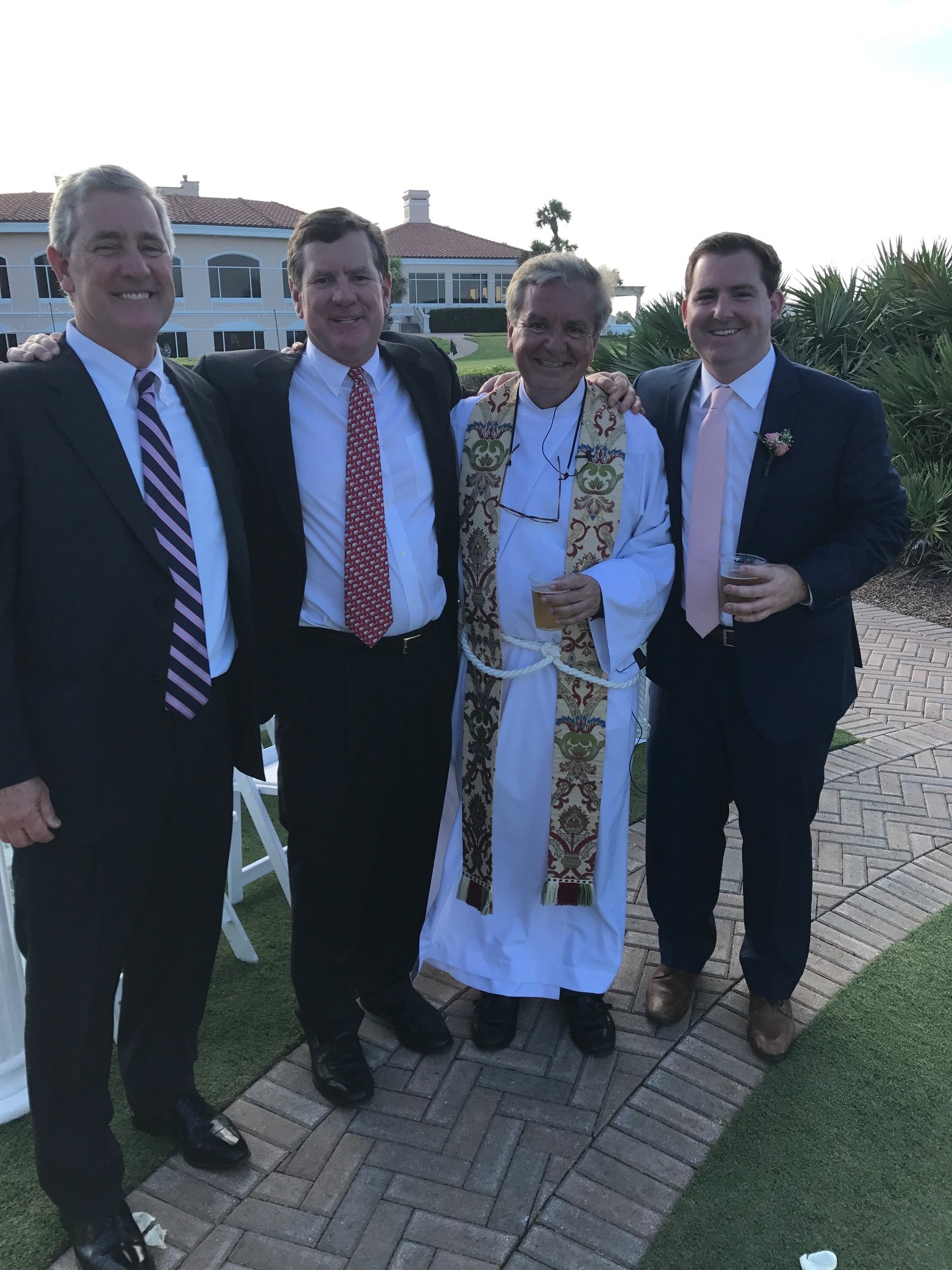 Very few people can say they are a triple legacy of their fraternity, but for brothers Mark Ascik ’79, Steve Ascik ’83, and Mark’s son, David Ascik ’12, this is a reality that the Ascik family takes great pride in. Why did you decide to join Sigma Chi can be a difficult question, but the answer comes naturally for Mark, Steve, and David: the quality membership. In fact, the Ascik family attributes much of who they are today to their Sigma Chi experience at the University of Alabama. They developed inseparable bonds with fraternity brothers, shared countless laughs, and created memories that will last a lifetime. In turn, the Ascik family has given back to Iota Iota Chapter to ensure future generations are afforded the same life-changing, unique experiences they had.

When reflecting on their days in Iota Iota, Mark and Steve share one of their most cherished moments as legacies of the chapter—initiation. “The days I pinned the white cross on Steve and David are still some of the proudest days of my life. They both were leaders of the fraternity, held many offices, and made the chapter a better place,” Mark says. Steve also gained a sense of pride from this event and says, “Legacies are special. David was pinned with the badge that his father, Mark, gave to me for initiation in 1979. I’ve also attended initiation ceremonies for some of my Sig friends and it’s a moving experience.”

David values the special bond he shares with Mark and Steve, and he is thankful for the opportunities Iota Iota provided him as an undergraduate, particularly with leadership. “I was consul leading up to and during construction of the house in 2011-12. I saw firsthand the impact a new house was having on the quality of other fraternities on campus, and I knew we had to upgrade or we would get left behind,” David says. “The amount of success The Legacy Campaign gained really opened my eyes to how critical alumni support and leadership is to the future of Iota Iota.”

Today, the chapter enjoys a newly renovated chapter house thanks to the generous contributions of hundreds of alumni, including the Ascik family. Because of their rewarding experiences in Iota Iota, supporting the chapter’s campaign efforts, as well as David’s leadership in the fraternity, was second nature to Mark and Steve. “The new house will help our chapter continue leading on campus and will help future brothers continue our proud tradition. I look forward to pinning my grandson one day. David had a real impact on rebuilding the chapter and the new house. That makes me proud,” Mark says. Steve also has high hopes for the future of Iota Iota and says, “Sigma Chi has been an important part of my life. I hope it continues to have a positive influence on young men at Alabama.”

Mark retired recently and enjoys life in Ormond Beach, Florida. Before retiring, he was president of an optical company that sold eyewear in 69 countries around the world. One of Mark’s favorite highlights from his professional career was taking a company from $1 million in sales to $300 million in sales, with the help of Steve and Don Grindle ’79. In his spare time, you’ll likely find Mark playing golf or helping his other son, Mark Jr., start a new business. Mark and his wife, Missy, also have a daughter, Caroline. E-mail: markascik1@gmail.com

Steve is enjoying a second career as the owner of a new Ace Hardware store in Spanish Fort, Alabama. He has had a successful career in sales, marketing, and general management in the consumer products industry. Steve says, “I was fortunate to have the opportunity to contribute in all phases of our business. I loved the challenge of learning new aspects and improving.” Steve and his wife, Alisa, have a daughter, Carlyle, who is a freshman at UA and a member of Alpha Chi Omega, and live in Fairhope, Alabama. E-mail: steve.ascik@gmail.com

As a resident of Columbia, South Carolina, David makes it a priority to maintain his connection to UA and Iota Iota Chapter. He keeps up with many of his fraternity brothers, mostly at their weddings and bachelor parties. Many of the brothers, including David, are in a fantasy football league together and they try to get together for at least one home football game each year. “I hope the new chapter house helps maintain Iota Iota’s standing as one of the premier fraternities on campus for many years to come,” David says. E-mail: daascik@gmail.com

To read past alumni spotlights, click the links below.