A cocktail reception and banquet were held at the chapter house on March 25 to celebrate the 140th anniversary of the Iota Iota Chapter of Sigma Chi at the University of Alabama. During the anniversary celebration, we also had the pleasure of announcing the Iota Iota Bell Chapter Challenge endowment campaign, which will help our undergraduate brothers reach new heights and continue Iota Iota’s reign of excellence into the future.

What Is the Bell Chapter Challenge?

The goals of the Iota Iota Bell Chapter Challenge include:

The annual benefits for a Bell Chapter include:

We hope you will join us in supporting this exciting endeavor. For an easier, faster way to donate to the Iota Iota Bell Chapter Challenge endowment campaign, go to http://microsites.sigmachi.org/grand-central.php?form=Iota-Iota to make your gift online.

The weekend of March 24-25, 2017, the Iota Iota House Corporation, in collaboration with the Sigma Chi Foundation, announced a $250,000 Bell Chapter Challenge Endowment Campaign to ensure our chapter remains a prominent leader with the University, the State of Alabama, and Sigma Chi Chapters across the country. 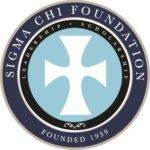 The Bell Chapter Challenge is making a lasting impact on Sigma Chi. Higher overall GPAs, as well as increased activity on campus and in the community, are just some of the ways Sigma Chi Chapters are outperforming those without Bell benefits.

Data from 2009 to 2014* show chapters that have been in the Bell program for three consecutive years on average achieved a higher GPA vs. non-Bell chapters, totaled 36% more brothers on the Dean’s List, belonged to more academic honor societies, were 12% more involved in campus activities, donated an average of $4,000 more per chapter to philanthropy, and performer 700 more hours of community service.

Listed below are descriptions of the programs provided by Sigma Chi and are incorporated into the Thomas Cowan Bell Chapter benefits package: