Campaign Trailblazer Jim Seaver ’69 on the Importance of Giving Back 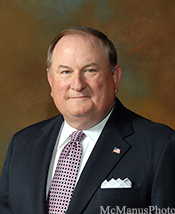 James M. “The Toad” Seaver ’69 is very grateful for his time at Sigma Chi. The camaraderie he initially had with members during rush is what convinced him to join, as well as what led him to stay involved as an alumnus. “It was a privilege to wear the Norman Shield, and ultimately the White Cross of Sigma Chi, and I am proud to say I am involved with such a prestigious Greek organization.”

Jim earned a bachelor of science in industrial management from the University of Alabama. After many years in management for several global corporations, Jim went on to become one of the four founders of AGCO, a global corporation that specializes in the manufacturing, distribution, marketing, and sale of a full range of agricultural equipment. It is now the third-largest agricultural company in the world, with sales in excess of $8.5 billion. Jim credits much of his success to his experience as a Sigma Chi. “Being a member of Iota Iota gave me the ability to work with many people toward a common goal. It also helped me communicate with others who had different ideals. I believe Greek life is very important to help young people broaden their horizons in college.”

Contributing to Iota Iota is very important to Jim. During the beginning stages of the campaign, he helped the board with fundraising efforts by calling fellow alumni. He also made sure to show his support by giving back. “Sigma Chi did a lot for me, so when they asked if I would be willing to lend my support, I said I would. I’ve been very fortunate in my business and personal life, so I dug deep and made a donation along with several other brothers; I believe this helped launch the campaign quickly.”

“I was initiated in the old house and spent about two years in the new house, so I was lucky enough to enjoy both residences. My hope is by contributing to the campaign, future Sigma Chis will have the same positive experiences I had and take away the same fond memories with their new house. It’s very rewarding to continue the amazing friendships you make and to stay in touch after all these years.”

Though Jim was unable to attend the dedication ceremony in September, he was back at the Capstone in February for the annual Golden Era reunion. A group of Iota Iota members from the Golden Era gather for a weekend of UA basketball and socializing with the active chapter. “I am very proud of the new house we have built.” For those who have yet to contribute, Jim wants them to know that their support is needed. “Come back and make a contribution. It doesn’t have to be a large amount, but even $5,000 over five years isn’t much and it would help the fraternity a lot.”

Jim and his wife of 38 years, Susan, live in Duluth, Georgia (greater Atlanta). They have one son, one grandchild and another on the way, “I guess that makes one and a half grandchildren.” Jim loves to play golf and travel. Every year his family visits warm destinations that have included Aruba, St. Thomas, Palm Desert, California, and Las Vegas. Jim is also a world traveler, having been to every state in the union and virtually all of Europe, as well as making several business and personal trips to Africa, Australia, Asia, and South America. You can contact Jim at jmseaver@bellsouth.net or on his cell at (404) 386-2708.